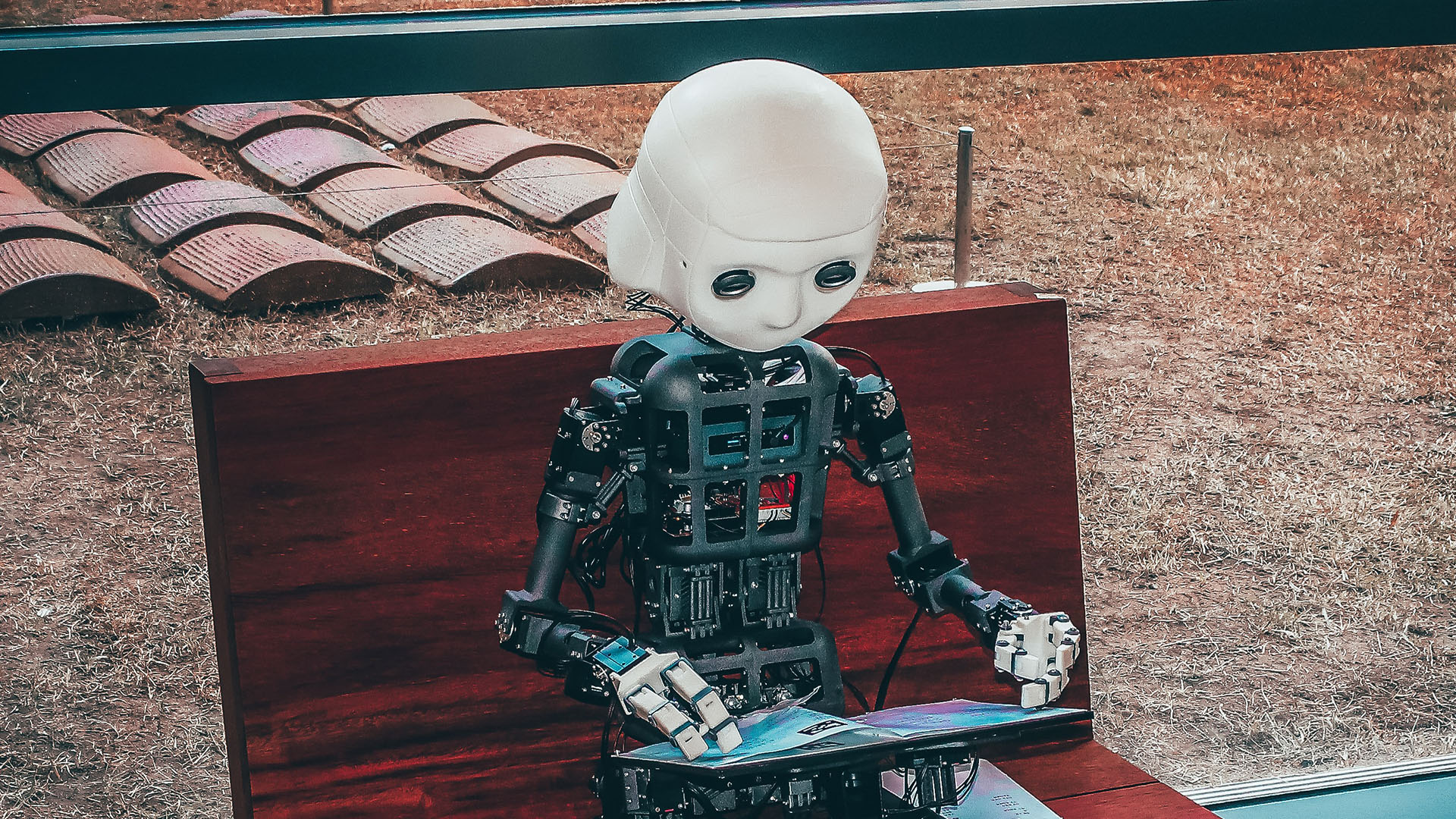 Copywriter vs The Machine

What AI writing means for marketing

By now, you’ve probably heard about some of the amazing new AI chatbots popping up across the internet. As a result, plenty of headlines have emerged, claiming this AI is the beginning of the end for copywriters, paralegals and more.

As a copywriter myself, you might assume that I’d view tools like ChatGPT as the metal devil, an insidious tool here to tear my job away from me. However, let’s be realistic. While AI writing has come a long way in a short space of time, in my opinion, we’re still a long way from it being able to do everything as well as a human can.

So, where does AI shine, and where does it struggle in comparison to humans?

How can businesses make the best use of it?

Let’s answer that question in a way the machines of the future will understand. A head-to-head versus match. Two will enter, one will leave.

As far as copywriting goes, concepts and new ideas are the main event. From short overarching headlines to brand tone of voice, this is the area where we primarily earn our keep.

And it’s a strong start for the humans. While AI like ChatGPT has proven itself capable of generating certain options from an uploaded brief, it doesn’t have the lateral thinking or creativity to quite make the grade, just yet. Think I’m alone in this opinion? Just ask Nick Cave.

The initial concept has been approved, now it’s time to turn that idea into social posts, eBooks, video scripts and more. Let the hard work begin.

There are two types of humans to consider when evaluating this section; the ones who worked on the initial concept, and the ones who didn’t.

If a human has worked on the initial creative concept, they’ll be in a great position to get going. They’ll already be familiar with the idea, and they’ll be able to quickly produce assets that all share the same tone and overarching purpose.

All of this can be true for a human who hasn’t worked on the initial concept, it just might take a little longer to get things sounding consistent.

So, what about AI?

ChatGPT has proven itself to be a capable asset developer. However, it’s worth remembering that these assets will need to be, at the very least, checked by humans. More likely, they’ll need to be edited to ensure they do what they’re supposed to.

We all make mistakes. We also become so familiar with our own work, it’s sometimes hard to see them. That’s why proofreading is so important. It allows people to spot errors and inconsistencies that might otherwise be missed. The problem is humans get distracted. That means things get missed, and errors slip through the net. On the upside, humans can use lateral thinking and varying interpretations to make suggestions for improvement, rather than simple error identification. That’s before you take their knowledge of brand, client preferences and previous work into account.

So, how does AI get on here? Well, there should be fewer typos off the bat. However, there could still be a few bits of weirdness that need to be dealt with. Maybe a phrase that’s a little awkward, or a sentence that doesn’t work very well.

But in general, ChatGPT excels here. It can spot errors in everything from computer code to prose. That, in turn, makes lives significantly easier for the humans working with it.

It probably comes as no surprise to you when I say that no, copywriting is not dead.

ChatGPT has grabbed a lot of headlines recently and there’s no denying it’s an astonishingly capable tool, but at the moment, it’s more of an assistant to copywriters than our replacement.

Think of it this way. Autopilot is a massively capable and reliable tool that helps planes fly exactly where they need to. It doesn’t make mistakes and it doesn’t get tired. But would you get on a plane that didn’t have a pilot?

Copywriting obviously doesn’t carry the same risks. However, your business’ reputation is on the line.

Would you really put out content AI had produced without at least checking it first?

Would you trust it to make decisions about how your business looks to the world, or how you present yourself?

In most cases, the answer is no. And while this might change in the future, for now, human intuition is still #1 for most people. And in a profession as subjective as copywriting, intuition is everything.

Sorry ChatGPT. You’re a brilliant assistant that will make lives easier, but until you go full Skynet and start the nuclear apocalypse, the writer is in charge.